Las Vegas, NV is one of the most popular travel destinations in the United States of America. In 2018 alone, 42.12 million tourists flocked to the city to enjoy its nightlife, according to Statista, including its casinos and its rich gambling history.

If you love putting money on a card game, then Las Vegas really is the place to go. To help you navigate the city and all of its attractions, we’ve put together a list of the best poker tournaments to enjoy during your Las Vegas vacation.

For longstanding poker and gambling fans, there are few better places to visit than Binion’s Gambling Hall. Located at the Fremont Street Experience mall in downtown Las Vegas, this longstanding gaming location is best-known as the birthplace of the World Series of Poker. The WSOP was created in 1970 by Jack Binion, the president of the company and the son of gambling hall founder Benny Binion. It saw the world’s seven best poker players invited to the hall (then called Binion’s Horseshoe) to compete for the title. The WSOP later grew to become the largest collection of poker tournaments around the world.

The WSOP is no longer held at the Binion’s Gambling Hall, following a purchase by Harrah’s Entertainment in 2004. Unless you’ve got some serious poker chops, you’d be unlikely to make it into the highly competitive WSOP field no matter the location. Binion’s Gambling Hall does still host poker tournaments, says 888 Poker in its giant list of the best poker tournaments available in Las Vegas. The site, which itself holds online poker tournaments, details that Binion’s poker tournaments are hosted daily, at 1PM and 8PM, and there’s a $60 buy-in, which isn’t a huge expense. This buy-in means that it’s ideal for regular poker players or just casual, poker-playing tourists who have only played online poker games. The average turnout for a poker tournament at Binion’s is between 35 to 40 people, meaning you’ll have plenty of people to learn some poker skills from or to compete against when you show up.

While you’re there, you can grab a bite to eat. There are several restaurants on-site including the Top of Binion’s Steakhouse, which is famous for its views over Las Vegas and its city lights, as well as Benny’s Smokin’ BBQ & Brews, which serves up ribs and chicken slathered with mouthwatering BBQ sauce. There’s also Binion’s Deli, which offers stacks of deli meat and its cold desserts, and Binion’s Cafe, which offers classics like hamburgers and chicken fingers. The Binion’s Gambling Hall hotel closed some years ago, however, meaning you’ll have to travel from elsewhere to enjoy the location’s games and grub.

If this isn’t your first time at the Las Vegas rodeo and you’re looking for something to expand your gambling horizons, then the city offers that too. Traditional poker tournaments feature Texas Hold ‘Em (more than half of the events at WSOP are Texas Hold ‘Em). While Texas Hold ‘Em poker is hugely enjoyable and entertaining, it is worth trying something new during your Las Vegas vacation, if only to have a new story or skill to tell people back home about.

For a less common variety of poker tournament, you can head to The Orleans, which is located in the small town of Paradise, just outside of the city of Las Vegas. Although it’s easy to overlook this hotel and casino because it’s not on the Las Vegas strip, it’s well worth taking the trip for a new kind of poker tournament experience. In addition to Texas Hold ‘Em, The Orleans’ poker room also lets you enjoy pot-limit Omaha (PLO), seven-card stud, and Omaha hi-lo, as well as eight-game mix and H.O.R.S.E, which is where poker games are played in rotation. These tournaments are hosted daily, with prices ranging between $80 and $130.

Since you’ve gone all that way to The Orleans, it’s worth getting something to eat while you’re there. The Orleans has over a dozen places for you to grab a bite, including well-known chain restaurants like Subway, T.G.I Friday’s and Baskin-Robbins, as well as its own fine dining outlets The Prime Rib Loft and Alder & Birch. Alder & Birch, which serves steak, seafood, cocktails, and craft beers, offers good food at good value according to reviews online, while The Prime Rib Loft is one of the best places in the neighborhood to get ribs.

If all that excitement hasn’t tuckered you out, then there are also poker tournaments offered alongside larger entertainment experiences. At some casinos and hotels, the poker playing is just one of the many attractions to get you through the door, with headline shows from some of the biggest musical talents on the planet taking place on-site too.

One such hotel and casino that offers this is Caesar’s Palace. Not just the place where the squad from The Hangover stayed during their own vacation to Las Vegas, Caesar’s Palace offers an opportunity for big winnings if you succeed in its daily tournaments. The cost of a buy-in at these tournaments varies, ranging from $100 up to $150 and they usually draw in about 55 to 60 people. The buy-in price may be a little more expensive than the other casinos and poker tournaments on this list but many would argue that it’s worth it just to compete in such a fancy and impressive location as Caesar’s Palace.

When you’re done scooping up your winnings from the tournament, you can catch a show at Caesar’s Palace too. Don’t expect to sit back and relax, however, as you’ll want to get up on your feet and dance (and maybe even sing) along to famous songs from famous performers. Canadian songstress Celine Dion will be ending her Las Vegas residency in mid-2019 after eight years but other legends such as Mariah Carey and Rod Stewart will be hosting shows as well.

Las Vegas offers no shortage of poker tournaments and a chance to gamble and enjoy yourself. However, it can be difficult to figure out what’s going to suit your travel plans and how you like to enjoy your holidays. Our guide should help you out on that front. 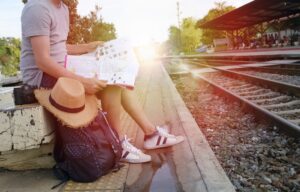 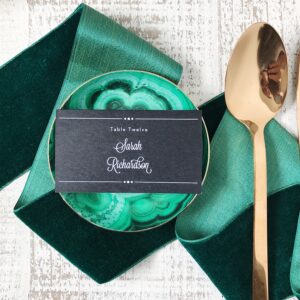 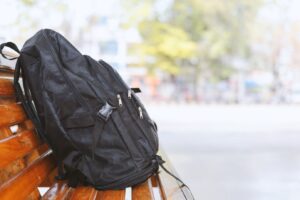